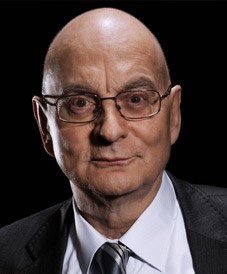 We are deeply saddened by the death of our friend Gerrit Brengman.
From an early age Gerrit was interested in magic. Alongside his successful professional career, which he pursued until his retirement, he became increasingly involved in the art of magic, to the point where it soon became his second, if not his first, passion.
We know Gerrit mainly as a presenter, especially at the wonderful conferences organised by “Mephisto”. He was also involved in organising galas and magic shows, and for 15 years was the “Monsieur Loyal”, from his first name Max, at the Magic Rubens in Brussels.

But it was mainly as a judge at various national and international magic congresses, including the FISM competitions, that magicians from all over the world came to know him.

His great knowledge of the art of magic, his readiness for competition, his honesty and his humility, not to mention his many contacts and his translation skills, have earned him the unanimous approval of his peers and of the organisers of congresses and competitions in Europe, Asia and America.

Gerrit has been a member of the FISM Board since 1982.
In 2000, together with his friend Domenico Dante, he was elected Secretary of the FISM.
From 2009 to 2018, he was Vice President.

Despite his long and often painful illness, which he learned about on his return from the ASM and IMB Congress in Louisville in July 2008, he remained active in the world of magic until the end, assisting his friend Domenico Dante with his well-known and appreciated efficiency and objectivity. In the end, after many years of fighting this evil that has eaten away at him, he will lose this unequal battle.

Gerrit was always a great supporter of the Belgian Magic Federation (BMF) and helped draft its statutes; he always gave us his full support and sound advice. We are very grateful to him.

We lose in him a dedicated and much appreciated colleague. He leaves a great void, the magic congresses will never be the same again …….

Our heartfelt condolences and much courage to his wife Lut, his daughter Malaika, his family and his many friends.
The BMF Board 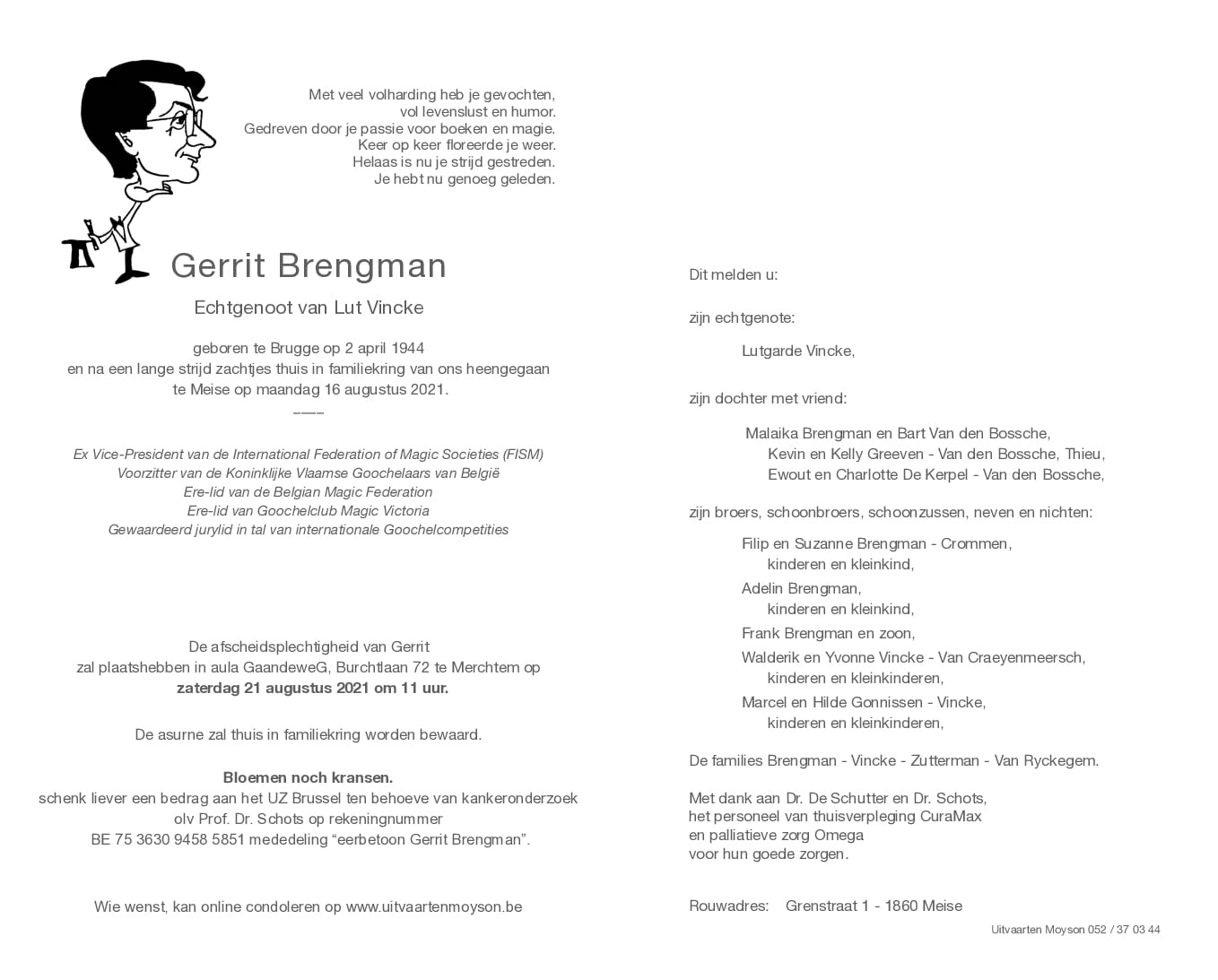